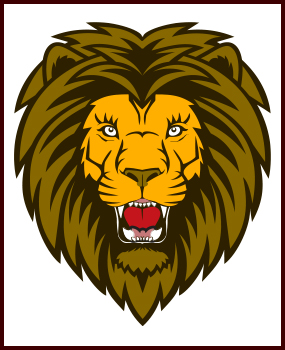 Sergeant Major James A. Boone is a native of St. Petersburg, Florida.  He graduated from Gibbs High School in 1968.  Prior to his being drafted into the United States Army in 1970, he worked as a fork lift operator at a major construction company.

He was drafted into the United States Army in the fall of 1970 and received his Basic Combat Training at Fort Jackson, South Carolina.  He received his Advanced Individual Training at Fort Benning, Georgia where he received the distinction of an Infantryman.  SGM Boone was assigned to Fort Riley, Kansas where he served in various capacities; (Team Leader, Squad Leader).   Upon completion of those duties at Fort Riley, he was assigned to Wiesbaden Germany as an infantry Squad Leader for Charlie Company 1/16 Infantry  Battalion.  After two years SGM Boone was selected for Drill Sergeant School at Fort Jackson, South Carolina and he was given the duty to train troops there until 1985.

Upon completion of his duties he was assigned 1sg duties with Charlie Company 3/6th Infantry Battalion.  Later, SGM Boone was assigned duties in the Republic of Korea where he served 1SG with Bravo Company 3/5 Infantry Battalion.  Following that assignment, SGM Boone was selected for Sergeant Major's Academy at Ft. Bliss, Texas.  Upon graduation he was assigned duties at Ft. Lewis Washington, working in the G-3 (AIR) for three year. He retired and began JROTC duties as a Senior ROTC Instructor at North Georgia College in Dahlonega, Georgia.  Upon retirement form active duty he began working for the Booker T. Washington High School JROTC in 2001 - Present.

His awards and decorations include the Meritorious Service Medal with 10LC, The Army Commendation Medal with 20LC, the Army achievement Medal, Good Conduct Ribbon for 20 years of honorable service, the Overseas Ribbon, the Army Service Ribbon and the Non-Commissioned Officer Professional Development Ribbon.

He is married to the former Brenda Chandler, and together they have four children: Tony, James Jr., Brandon, and Breana.

His awards and decorations include the Legion of Merit, the Bronze Star, the Meritorious Service Medal (4th award), the Army Commendation Medal (5th award), and the Army Achievement Medal (2nd award).

Sergeant First Class (SFC) Richard A. Ross (U.S. Army Retired) is the Army Instructor at Booker T. Washington High School. He is a native of Benton, Louisiana. He graduated from Benton H.S. in 1977 and played football for one year at Grambling State University prior to enlisting in the U.S. Army. He served as a Nuclear, Biological, and Chemical specialist most of his 26 years of service. He also served as a Drill Sergeant, Army Recruiter, Career Counselor and has received numerous awards and decorations. My hobbies are working out, Fishing, and mentoring all kids. He’s married to Christina, and they have three children Daylon, Jathen, and Christlyn.